The French Quarter breathes with history, an ageless part of New Orleans that never sleeps, never dies. Perhaps that’s why ghosts are there. Ghosts are apparitions of the past, caught in the present where they don’t belong. Yet in the Vieux Carre, they don’t seem out of place at all.

Back in the ‘90s, a boyfriend and I enjoyed a midnight treat at an ice cream parlor on the corner of Royal and St. Ann in the heart of Vieux Carre. Alone in the small cafe, our conversation abruptly turned from sweet nothings to dark subjects — ghosts, vampires, and death. We abandoned our sherberts and hurried back to the hotel, feeling followed the whole way. Sleep was fitful.

A year later, I was in New Orleans again. A friend gave me the address of a pal there who said he had a haunted apartment. Distracted by French Quarter hubris, it didn’t dawn on me until I was right in front of it. The curved entrance curb… the wrought iron chairs… the ice cream display… The haunted apartment I sought was above that same little cafe from my visit before.

The ghost and I had already met.

They called her the Witch of the French Opera. According to New Orleans historians, the ghost was that of the once beautiful but ill-fated Maggie O’Donnell. Born in 1842 to a large Irish family, she married young and unhappily. Her brothers all died in the Civil War. The Yellow Fever epidemic then claimed the rest of her family. Penniless and alone, she began dancing in chorus line at the French Opera and started calling herself Marguerite to escape her forlorn past.

Then the elderly Monsieur Boisblanc fell in love and married the high-spirited dancer. Their rhapsody lasted less than a year. But upon his death, he left her enough money to open a pastry shop on Bourbon Street near the French Opera. Les Camelias, named after her favorite flower, became a popular place

with the opera crowd. She loved the irony. In her fine silks and lace, no one realized Marguerite the dancer was Madame Boisblanc.

A few years later, Madame met her downfall, a young Spanish charmer named Carlos. He called her la primavera — the spring. She was in love and he encouraged it, reaping financial rewards. Then she saw Carlos laughing intimately with a young woman. They disappeared into a boarding house at St. Ann and Royal. Madame demanded the woman’s name from the residents nearby — Lisette Leboeuf, a streetwalker. She and Carlos were lovers.

It was the end. Madame could never face her patrons again. They must have known he never loved her. Success in business and society was nothing compared to this ignoble defeat of a fool in love. At her apartment above Les Camilias, she wrote a note to the New Orleans police, berating the decadence and fleeting loyalty of French Quarter life.

Then she shot herself in the head.

If you’d been there at midnight a few days afterward, you might have seen a tall shape in a long white dress gliding past the French Opera House and heading quickly toward the corner of St. Ann and Royal. Intent on its deed, it ascended the stairwell to the second floor and swept past a young woman in the hallway frozen mute with fear. It entered the room where Carlos and Lisette slept, turned on the gas and left. The next day the police called it a double-suicide. They paid no heed to the woman who swore it

was Madame Boisblanc returned for revenge.

The ghost became one of the most famous in the Vieux Carre. She walked the streets at night, restless and angry, pacing her fateful path alone the banquettes of Bourbon, Toulouse and Royal between the French Opera and the boarding house. Newspapers of the time reported that when approached by the unsuspecting, which happened with some frequency on Bourbon Street, Madame would stare at them with red, penetrating eyes and disappear into the darkness.

For several years afterward, boarders didn’t stay in the St. Ann place for long. Quiet and aloof ones were not annoyed, but women, especially those vivacious and young, always moved out in a rush.

One winter night, a tenant found an old yellowed love letter signed with an M and tossed it into the heater. A chill filled the room as a white shape appeared, shrieking as its ghostly hands tried to snatch the letter from the flames. Then it shriveled and vanished. Madame, having lost her last tie to Carlos, was proclaimed by local writers to have ceased to be.

WOMAN TO WOMAN: Me and Madame

Or had she? On this trip to New Orleans, I discovered the ghost of Madame was wounded but not gone. She had ceased her nocturnal walks and attracted little attention except the people living in the St. Ann apartment. There was a reason for this respite in her bedlam. Women were the primary object of Madame’s wrath. It is mainly gay men who’ve lived in that part of the French Quarter for decades.

But old habits die hard, even for ghosts. While talking with the men who’d lived on the second floor, tales of eerie happenings when female friends were around the St. Ann apartments stayed remarkably consistent. They told of shadows casting menacing shapes; stereos and lights ceasing to work; glasses leaping from tables and crashing to the floor — only when women were present. Female visitors never lasted long.

More disturbing than Madame’s poltergeist activities, though, were her noises, which she also manifested for men. She sang, a quiet high-pitched nervous lilt for hours and hours. She laughed, a loud frenetic cackle until people left the room. And when she made that walk down the hall, that walk to send two lovers to their deaths, her high heels resounded on the wood floor — bump, bump; bump, bump — over and over again.

During my visit, we had a party in Madame’s honor to try and lure her out. There were camellias, brandied coffee and beignets, and music by Edith Piaf to set the mood. When I related Madame’s tale, it struck me deeply how I felt for her, how I identified with her need for acceptance and her passion for

loyalty. Yet this night she was silent. She has her moods, my friends said, and had been quiet lately. But I feared that her soul had given up completely, dwindled in apathy to nothing at all.

A great desperateness welled inside me. I wanted to be able to talk to her, to tell her to let go of the memories that bound her to this place, to let go of the pride that blinded her, that she would rise again and know love again. Yet how could I? Deep down, I knew no more than she. The appeal of confronting Madame became eclipsed by the unromantic reality of ghosts — that of death gone horribly astray. Invited after the party to stay over in the apartment alone, to have one last chance to contact her, I panicked and fled.

On my last day in New Orleans, I dropped by the apartment to say farewell to the guys and to the place that had forced me to confront my own demise. We sat around the kitchen talking on that sunny afternoon. Then the stereo went silent, the lights flickered out, and the room went cold for one brief moment. 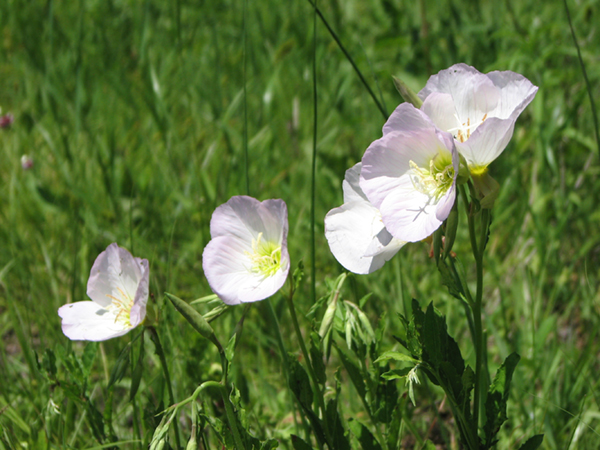