Find the cost of freedom, buried in the ground.

Mother earth will swallow you; lay your body down.

Looking out from the hill of Mardasson in rural Belgium, steeply folded hills of the Ardennes forest broaden out into green valleys. So peaceful, like it had always been that way.

But in World War II, Nazi forces encircled Bastogne in the Battle of the Bulge. The History Channel pumps it out 24/7, the tactics and the armaments, so powerful and impressive.

The Bastogne War Museum is different. It is about the story, how those enmeshed in war convey it 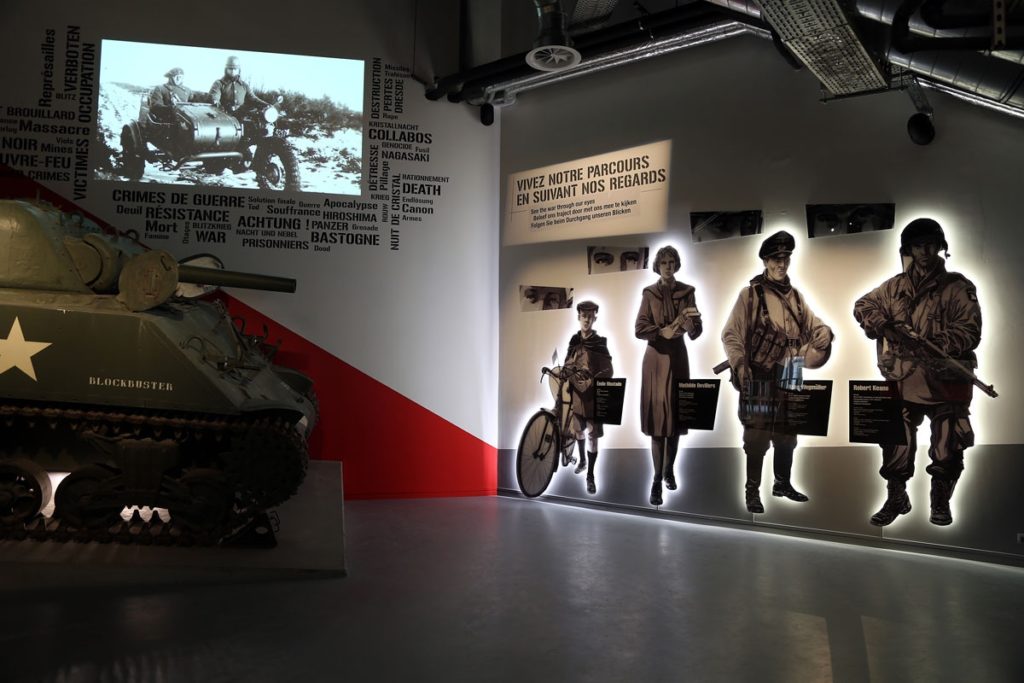 to each other, their children, and generations beyond.

As you peruse museum displays and experience three immersive movies, audio headsets play the voices of a boy whose parents died in the war, a young woman who relayed messages for the Belgium resistance, and two soldiers — one from Alabama and another from Germany.

And he’s fighting for Canada,

he’s fighting for the USA.

And he’s fighting for the Russians,

and he’s fighting for Japan,

and he thinks we’ll put an end to war this way.

In this astonishing museum, you move along en masse, following a path that takes three hours to unfold. When the bombs fall on the café where citizens seek shelter in the basement, you feel the walls shudder. When soldiers wait out brutal cold until Allied air forces can drop supplies, you shiver in a frigid theater.

The human cost of war shown was a scalpel to the soul. All leaders should be required to visit this 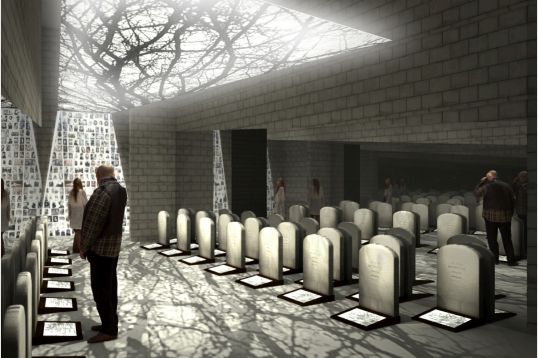 After the last installation — a virtual graveyard of Bastogne’s residents lost to war — I looked for a place where people could compose themselves. But there were only stairs to a busy café or outside to the sunlit Mardasson Memorial.

Fleeing into the women’s bathroom, I shook with tears. I could not understand why it wasn’t full of weepers. Have we become so numb?

Our decades of war in Middle Eastern lands, this dangerous saber rattling with North Korea, I thought back to my high school days and hippie opposition to the Vietnam War. Are we doomed to hemorrhage young lives forever?

I walked out to the massive memorial, with its above-ground tribute in towering stone columns to the strategy of war and its intimate below-ground crypt to mourn its cost. Fat cows grazed the surrounding gentle green slopes because to till them for crops risks exploding buried armaments — the lingering cost of war.

How many ears must one man have

before he can hear people cry?

How many deaths will it take ’til he knows

that too many people have died?

The answer, my friend, is blowin’ in the wind.

The answer is blowin’ in the wind.

~ Blowin’ in the Wind, Bob Dylan

When The Levee Breaks