Everyone has a story to tell, and if it’s a good enough story brightly told it might end up on stage at Oral Fixation. The popular Dallas-based storytelling series began in 2011 by Nicole Stewart Schlesinger, with a big assist from husband Anton Schlesinger and others. The hour-long evening of true, personal stories, each up to eight-minutes long, explores a different broadly defined theme each time. Sometimes the topics challenge Dallas’ long-time taboos. In that way, Schlesinger and Oral Fixation are pushing the city culturally and socially forward.

Oral Fixation shows pack an emotional punch. About one-third of the stories are trauma tales, where the tellers undergo dramatic and life-changing personal revelations. “Going through moments of hardships and struggle—physically, emotionally, mentally—changes the way people approach life. I love those stories. I think there is beauty in survival,” says Schlesinger. “But as an editor, I really enjoy some of the adventure stories. And I try to have in every show at least one hysterical, laugh out loud until your ribs hurt, story.“

The year 2014 was a doozy for Oral Fixation, now in its fourth season. After selling out several shows (one two weeks in advance) in 225-seat Hamon Hall in the Winspear, Oral Fixation moved mid-season to the sixth floor Studio Theater in the Wyly Theatre, which was reconfigured to hold 325 seats. When those also sold out, a second show was added in in Oak Cliff at the Texas Theater. “It’s bringing in a more diverse audience, and the more diverse it is, the more diverse our storytellers become,” says Schlesinger. “If I could, every show would be 100 percent representative of the demographics of Dallas, with more Latino and a greater range of age and socioeconomic backgrounds.”

During 2014, Oral Fixation held a best of season three show at Watertower Theatre, and videos chronicles of those stories were shown at Dallas VideoFest. For season four, an author meet-and-greet at The Wild Detectives bookstore in Oak Cliff was added. The indefatigable Schlesinger initiated a video blog relationship with Huffington Post and signed with a podcast distribution agent in San Francisco. She branched out with Lost in Translation, a show of stories from refugees at held at the Dallas Museum of Art that will continue in 2015.

“In Oral Fixation I saw this medium where we could share shorter stories and that really inspired me,” says Schlesinger. “But I have brought a level of production value to a storytelling show that I have not seen anywhere else. For me that comes from my passion for theater and wanting to create a specific experience for the audience. So I really think about every element that goes into it.”

Participating in an Oral Fixation show is a breathless experience. As a storyteller in season three’s Ducks in a Row show, on a lark I submitted a story about risking my life to rescue my dog from a bunch of free-basing druggies. There was an intense hour-long editing session over the phone and a pre-show interview was taped to promote the event. Rehearsal was a half-day affair for a one-hour show, going over every aspect from preshow to performance to post-show reception. Schlesinger’s long history as a Pilates instructor showed in her precision to detail and expectation of maximum effort. Everything just went better if you willingly obeyed.

The editing session irritated me immensely because Schlesinger was right about the emotional remoteness in my writing and pushed me on it, catching that I used nimble prose to avoid self-examination. That may work in journalism, but not in storytelling. “The most important piece is the emotional work the person has to do in order to present a personal story in eight minutes to a bunch of strangers who know nothing about them, and for the people in the audience to go ‘Oh yeah, I totally relate to that’ and walk in that person’s shoes for a while,” says Schlesinger.

“I work with our storytellers to help them let us know who the main character is and what their thoughts and feelings are,” says Schlesinger. “When I get in there and start asking questions and want to fill out exposition and understand the circumstances, people’s eyes open. Sometimes when I sniff out that there may be more to the story than what is on the page, I’m sometimes met with resistance to digging into that deeper, more fertile, soil, and there can be friction between the storyteller and I for a moment. It can be an uncomfortable part of the process.”

But for many of the Oral Fixation storytellers, it can be healing as well. “Going through that process with your own life puts emotional distance between yourself and the story in question. And that produces a healing narrative. The act of going through an experience and reframing it even slightly can affect the way a person holds that experience in their hearts for the rest of their life.”

Producing, promoting, editing and more, “I think we’ve been demonstrating a very consistent, high-quality product once a month,” says Schlesinger. “To create original material for the stage in a 30-day period or less is impressive.” To keep up the pace, she makes a point to create alone time for reading and walks with her adorable dog Ellie. “I make sure my battery is fully charged and that my boundaries are good so that when I am engaging in this work I am available 100 percent.”

The boon, for Schlesinger, is watching the end product, in both the show and the people who perform it: “For me the reward is seeing these individuals who I become intimately acquainted with shine on stage and share. And be brave. I mean, public speaking is the number one fear for most people. If I could not sit in the audience and watch the show, I don’t know if I’d do it. It’s a lot of work. I think I created it so I could go to it every month and see all that.”

Editor’s Note: In our first ever Forward Thinkers series, we look at the people who made the performing arts more engaging in 2014—and are setting the stage for the future. We’ll run profiles daily through the month of January 2015.

Steve Martin and the Steep Canyon Rangers with guest Edie Brickell: What They Are 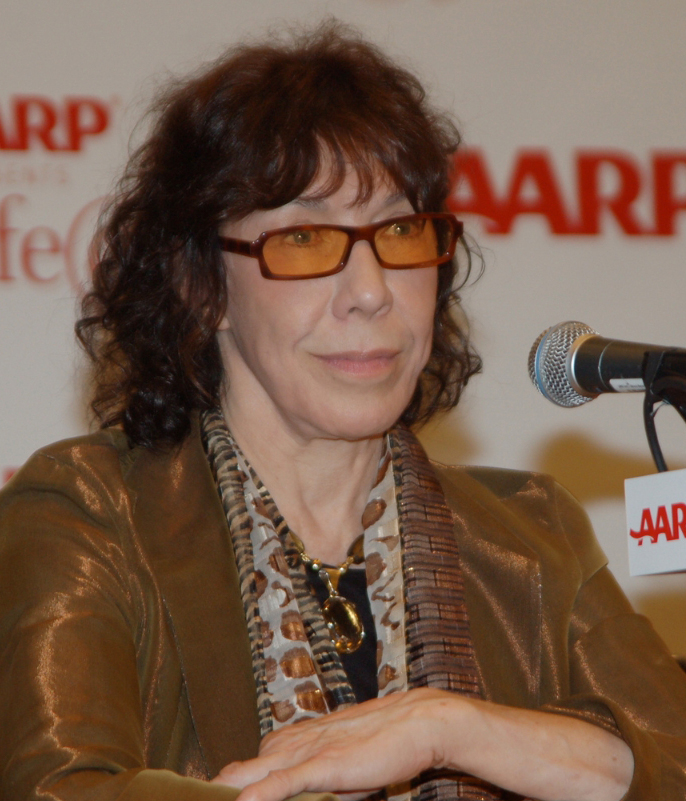