North Texas Wild is a monthly column by Amy Martin, introducing readers to the wild spaces of North Texas. This month, Martin shares how she and her husband have been working to transform their 75-acre property northeast of Dallas into a nature preserve over the last 15 years. Photos by Scooter Smith.

The county agent asked me to be quiet. Fifteen years ago I was chattering away while showing him my land. We had dubbed it “Osage Moon” for the nearly 100 bois d’arc trees scattered on the 75-acre property in Fannin County, northeast of Dallas. I was especially proud of the Back 40, forty acres of dense cedar forest where we parked.

Nothing, I replied, nothing but glorious, serene silence.

“No sound, no wildlife,” he said. “You should at least hear bugs.”

The giant evergreen cedars (actually a type of juniper) were crammed together, blocking the light and sucking up all the rainfall. There was no understory of shrubs, grasses and small trees as found in the filtered light of deciduous forests. It was, insisted the agent, a cedar desert.

That was the first of the many naive assumptions ripped away, as my husband Scooter and I learned the realities of creating a private nature preserve on our land. That lush Bermuda meadow up front? Good for nothing but cows and horses. The creek bottomlands through the front 20 acres? Cedar infestation there, and privet, too.

Well, if we didn’t have the good sense to buy real wildlife habitat, the only recourse was to turn Osage Moon into just that! After many classes offered by the USDA and Texas A&M extension service, we were wildlife habitat rehabilitators, turning pastures into prairies, wildscaping like Native Americans of old, and doing battle with invasive and opportunistic species, even wild hogs.

Above, Scooter seeding the meadow. Photo by Amy Martin. Below, prairie up close.

That Bermuda pasture? Yanked it out. The nearby ranchers nearly died from a heart attack. Tilled the whole thing and planted it in native grasses, including bluestem and switchgrass.

Now it’s five acres of blackland tallgrass prairie that host foxes and thrives with bugs, rodents, reptiles and rabbits. It percolates with flocks of field birds like phoebes and dickcissels, a species being monitored for threatened status. Painted and indigo buntings live along the wooded edges.

Now that’s satisfying! Also satisfying was the 1-d-1 state tax break for maintaining Osage Moon as wildlife habitat, equal to the agricultural exemption. We fill out a Texas Parks and Wildlife form every year listing all our wildlife-enhancing actions.

The forested back parts of Osage Moon, though, were a much harder task. Perhaps future editions of North Texas Wild will feature itchy tales from the woody trenches: Doing battle with poachers, combatting poison ivy, hiring a “cedar shark,” finding remnants of a late 1800s house, discovering the magical Secret Grove and so much more.

Above, Amy staring at brush.

1. Nature doesn’t always know best: The worst thing you can do for a piece of land is to “let nature take its course.” Once land is cleared, cultivated or modified by man — which is almost every place on Earth — invasive and opportunistic species bully their way in. Your job is to keep them at bay and create the right conditions so the native ecosystem can re-assert itself.

2. All things evolve toward complexity: The natural progression of plant life (except in arctic, desert and wetlands) begins with forbs and wildflowers, which are in turn dominated by more complex grasses. Woody plants and shrubs supplant these. Finally, trees take over. In prairie land like North Texas, that means you have to keep bully trees like cedar and honey locust from taking over the grasslands.

Above, Amy behind the wheel of her Ranger tractor.

3. Be the buffalo: One of the ways to do that is replicate natural forces, like buffalo which used to graze tree interlopers, confining them to creek corridors. New plants established themselves in the rain-holding soil divots that buffalo created with their hooves. So we graze with loppers and churn with a tractor and disc plow. Wildfire was another way to keep the prairie healthy, and we do

a controlled burn of the fields every few years

4. The edge is where life is: Where two ecosystems come together, life abounds, like where woods along the creek meet the meadows. Here shrubs and woody plants like possumhaw and turk’s caps thrive that need protection from wind and harsh summer sun. The more edge, the more life. Plans at Osage Moon call for extending the prairie into the Back 40 cedar desert, creating a half-mile long, deeply lobed, grassland perfect for turkeys and ground birds like quail.

Right, possumhaw. Below, a bobcat kit.

5.  Patience, fortitude and non-attachment: Habitat rehabilitation is not for sissies. It’s hard, hands-on, long-term work. Who needs a gym when you’re toting around hundreds of pounds of dirt to fix a hole in the pond dam? A hickory tree nut buried in the ground may not sprout for years until the conditions are right. Faith is required. Or it may sprout only to perish within a year or two. Or wild hogs might destroy your pond. Practice non-attachment, keep planting and hire a backhoe.

Turning a piece of raw, rough piece of land into a nature preserve meant creating an infrastructure: fences, roads, electric lines, septic and plumbing, even drilling a well. Equipment like a tractor, utility vehicle, chain saws and a host of farm tools were bought. Decrepit barns were

To be honest, the decades of hard work has taken its toll. We were in our 40s when we started. Now we’re reaching retirement age. Travel beckons. Yet it’s addictive: action, result, more action, more result. Creating life. This green jewel has such promise. It is at the very beginning of what it could be. 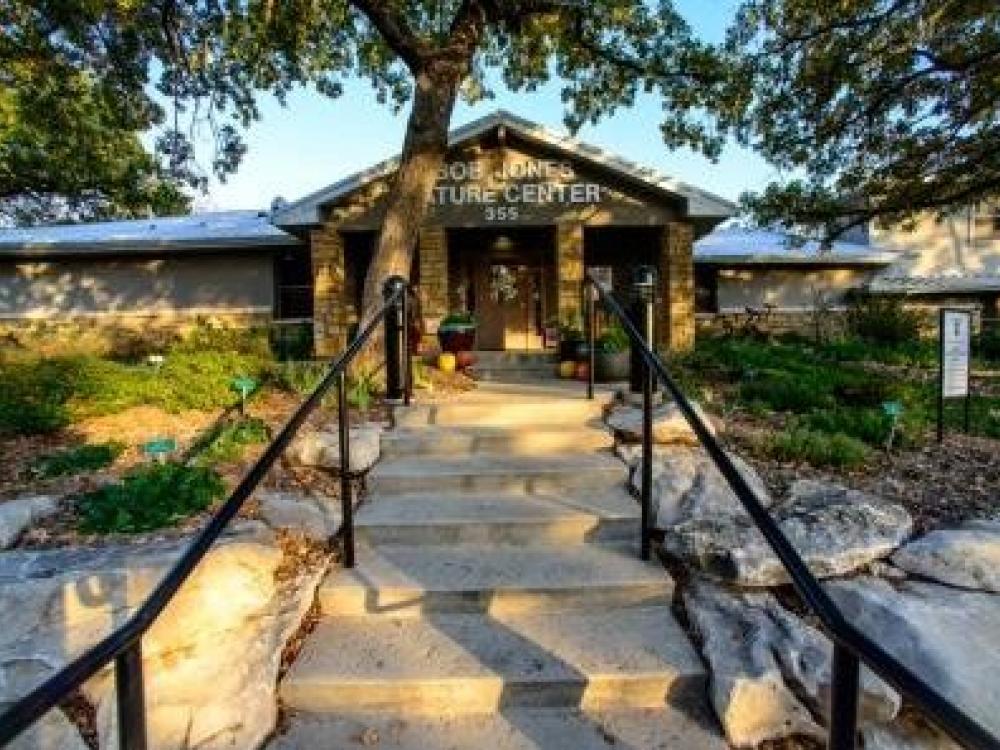