When the Olympics kick off on February 12, sit back and enjoy the spectacle of guerrilla ritual, the kind you sneak on people by promising entertainment and delivering transformation instead. Nowhere does it thrive in such a public way as the Olympics opening and closing ceremonies. Sure, they’re show-biz spectacles set in immense stadiums, with stupendous sets, gigantic props and casts of thousands.

But at their core are approaches unchanged in thousands of years. Drumming, dancing and moving in unison; gathering in circles; making pilgrimages — these elements of ritual transcend language, for in our infant years as a species we had none. They connect us to our roots as humans and fill a need overlooked in modern society — to remember who we are and where we came from.

As something that strikes a primal chord, drumming is a ceremonial staple. In the 2002 Winter Olympics at Salt Lake City, dozens of Native American drummers made a joyful noise while hundreds of tribe members moved around them in procession, chanting with great resolute voices. But it wasn’t just a performance. It was intended as a blessing to all who gazed and listened, each fluttering ribbon on their costumes a prayer for peace. Similarly, Chinese drumming is ritual drumming, always performed with specific intent on auspicious instruments. In 2008 Beijing, a plethora of giant Chinese drums carved from immense tree trunks was on parade.

We can appreciate the ceremonies’ cast-of-thousands spectacles for their grand-scale synchronization and technical wizardry. And while being visually dazzled we may not consciously notice the metaphors they convey: how art and expression are as elemental to our lives as competition, how interconnecting paths weave the tapestry of life, how many can come together to create something greater than the individual parts. But the brain recognizes ritual as embodied metaphor and soaks it all in.

Guerrilla ritual extends beyond the opening ceremony. Every athlete who competes in the Olympics is making a ritual pilgrimage to the site, leaving home and taking a journey in which they hope to transcend all personal limitations, much as the classic hero. In the opening ceremonies, the country-by-country parade of athletes, so often seen as a display of national and ethnic pride, is actually the last leg of their journey prior to the extreme test that is so often a part of the pilgrimage process. These converging paths of athletes coming to a central place weaves a web that although unseen is deeply felt.

Igniting the Olympic cauldron, formerly a simple act, has swelled into a torch relay race over thousands of miles, involving legions of people and lots of celebrities. Again, look past the flash and see the embodied metaphor that makes for powerful ritual: that keeping a vital part of the human spirit alive can come down to just one person willing to reach out to another.

One last time in the closing ceremony, look for the metaphor of how the parade of athletes, now on the first leg of their return pilgrimage home, walk as one unit rather than by nation. And when the cauldron is extinguished in the closing ceremony, notice flashlights and lighters held by thousands and thousands of attendees turning on at the same time, symbolizing how individuals keep a communal flame alive, ensuring that the spirit continues through generations of memory. 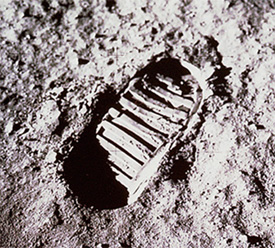