For a few years I traversed much of North America researching the mother goddesses of indigenous faiths, which brought me in contact with a number of origin stories. After visiting a sacred site in New Mexico’s Holy Ghost Valley, I took in the rippling light of dusk in the desert and pondered a terse conversation with a Native American woman I’d had earlier in the day who was vehement against evolution.

This woman, who I’d just spent all day with at an environmental activism workshop, insisted her people literally arose from the center of the Earth long ago, when there were no dry lands. They struggled in the stormy seas until they found shelter on the back on a giant turtle, where they stayed until the world solidified and they could find their ancestral home. This was not a folk tale. This was her belief.

Our wide gulf in perceptions concerned me and certainly challenged my assumptions about Native Americans. The long shadows of mesas to the west cast the landscape into early twilight. Low overhanging clouds engulfed the Sun’s golden setting glow, brewing a timeless sepia hue. I looked around at the giant mesas. Many millions of years ago mega-volcanoes coated the land with oceans of magma. Now all that remained after erosion were blocky isolated mesas, with the eroded dust now forming the glittering soil of the valleys between.

In the muted light belonging to neither day nor night, in a landscape as inspirationally epic as the sky above, I realized it all happened exactly as she believed. Turtle-like gigantic landmasses did roam the planet in its formative origins, plate tectonics tearing jagged volcanic lines in the Earth’s mantle where fiery magma escaped. Her world was indeed formed when the inside of the planet came out in fluid waves of magma and solidified into mesas where her people made their home.

I interpret the Genesis story as I do all religious origin stories: archetypally. As someone steeped in ancient Taoist thought, I tend to view things metaphorically. It’s the way my brain works. I allow others their own interpretation and hope that we can meet on the isthmus of acceptance that much of what we want to know for sure will always remain a mystery, that before the universality of the divine all religion will forever be a penultimate solution. 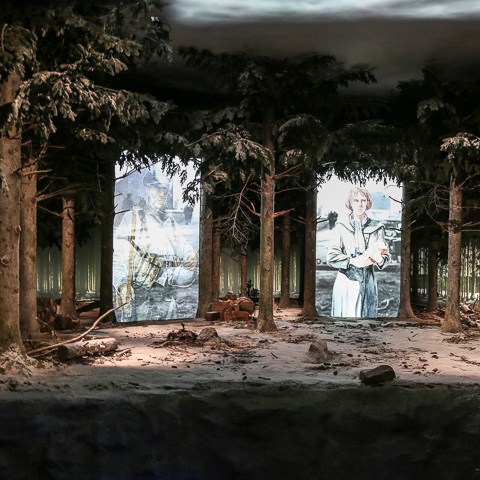 An American Hippie in Bastogne