The two current reigning stand-up comics in North Texas are an interesting pair: The rock-steady family man Aaron Aryanpur, who ponders the weirdness of life a lot; and touring junkie, single guy Paul Varghese, with his rapid pace and somewhat wonky take on things. They are the go-to guys to open and middle at the Improv and Hyena’s, and can be found weekend nights at the Backdoor Comedy Club when not otherwise gigging. They routinely place high in the local and state best-comics contests.

What makes these two guys interesting representatives of North Texas is they’re both children of immigrants: Aryanpur’s father is Persian and Varghese’s family hails from India. This is the 21st century Metroplex, with a huge, albeit spread-out, immigrant population, as well as migrants from other areas of the country, all coming here for jobs.

“What I find with Dallas crowds, “says Varghese, “is that there are a lot of transplants, not many people born and raised here. So it tends to be a pretty good cross section. You can see how your stuff might play everywhere else. When I go out to LA or San Francisco, it’s way more PC than I’m used to here. Dallas is so laid-back, relaxed, mellow compared to there or the East Coast.”

As a result, North Texas stand-up comedy doesn’t have a strong general persona. Cities like Boston, San Francisco and New York have distinct styles and there is pressure for young comics to maintain the brand. Texas for many years was identified by the aggressive and skewed humor of Bill Hicks and Sam Kinison as part of the Outlaws movement from Houston in the ’80s, but that scene is now faded.

“Compared to other cities I’ve seen,” says Varghese, “there’s no specific style to Dallas. No one’s trying to be like someone who made it big. Because of that our voices are super unique. For us it’s this mentality of you do what you do, I do what I do, and we’re just trying to figure it out. Creatively I feel like I can do whatever I want.”

Aryanpur agrees: “Dallas comedy is diverse. There are a lot of different voices, backgrounds and points of view.”

But that amorphous diversity has its downside, says Varghese: It’s no easy for marketers to pitch. “There is so much really good talent here. The only reason Dallas is not discovered here is that reps from television and larger clubs and chains don’t come here. They don’t know what to think of us. That’s Amanda [Austin]’s idea with the Dallas Comedy Festival. If you create enough of a buzz, they eventually have to show up. All it will take is for industry to come here one time to help the whole scene out.”

Not willing to wait, some North Texas comics have gone coastal. Robert Hawkins, former writer/comic for the KZPS Bo & Jim Show, now bases from the West Coast. Wild-haired Dustin Ybarra does the same and was most recently seen in We Bought a Zoo. Kurt Basa recently flew the Ad-Libs coop for California. Jamie Lee went to New York City to hone her comedy and ended up with a choice gig in Diablo Cody’s (Juno) directorial debut, Lamb of God.

So why do Aryanpur and Varghese stick it out in North Texas? Stage time. In larger cities comics can wait for weeks for comedy-club slots to try out new material. The competition’s not so intense here and comedy clubs are plentiful. A real boon is the Backdoor Comedy Club, which uses a showcase format of many shorter slots, rather than the opener/middler/headliner format more commonly found. “It really is a home,” says Aryanpur. Varghese concurs: “That club basically made me.”

While Varghese is itching to sprint, for Aryanpur it’s a sweet balance. “The last several months have been as close to living the dream as I’ve experienced yet. I’ve crisscrossed the country, performed in new cities, and met tons of great people.  I have all the things that I’m most thankful for: a healthy family, a sense of purpose, and laughter.”

Aryanpur and Varghese perform tonight in the stand-up showcase at the Dallas Comedy Festival. The show is nearly sold out. 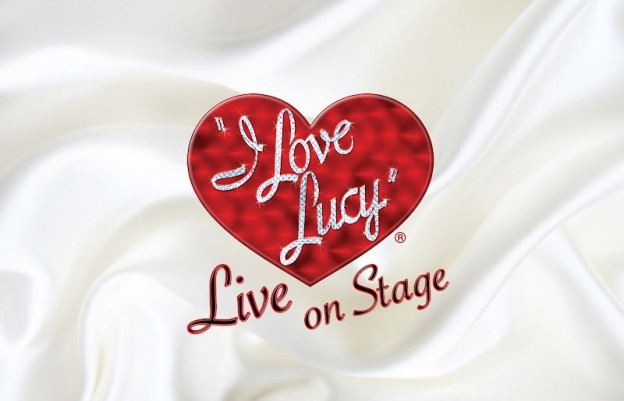 I Love Lucy Live On Stage: A Doozy of a Lucy