Grand Prairie — Take a variety of world-class acrobatics. Blend with the storm and epic otherworldliness from The Tempest and mix with the magical creatures and kingdoms of A Midsummer Night’s Dream. Addnames that echo Shakespeare — Romeo and Prospera — and the author’s fondness for torturing young lovers who just want to get it on. Season with Greco-Roman mythology.

Voila! You have Amaluna, the latest from Cirque du Soleil, playing at Lone Star Park at Grand Prairie through March 3. Rather than the tired plot of pristine-good versus cartoonish-evil, it’s an oh-so-human tale of parties torn by clashing agendas. It would make the Bard proud.

But Amaluna boasts a contemporary twist. An all-woman band pounds out a rock soundtrack. Strong female leads, goddesses, and Amazon-types make up 70 percent of the cast. It’s a girl-power show.

Amaluna kicks off fast, feminine and full of promise. Three blue and green-adorned Valkyries with wild blonde dreadlocks flinging about them soar at jet speed on aerial trapeze while female musicians strut on stage.

On the forested island of Amaluna, a matriarchal society lives harmoniously with the Moon lead by Queen Prospera. Isolated in a remote locale, teen daughter Miranda and her emerging hormones are all (barely) dressed up with nowhere to go. (She’s not on the lesbian-bi spectrum it seems.) Mom can’t let go of her baby girl, even though she conjured the storm that brought a bunch of hunky young men and their leader Romeo (yep, that’s his name) to the island.

Miranda’s childhood pet Cali — described as “half lizard, half human, all jealousy” — is displeased at the competition. Cali has the primal do-me appeal of the aquatic creature from in The Shape Of Water, a large part of which is his massive lizard tail a few yards long. It’s very, er, frisky thanks to some nifty hydraulics.

Amaluna’s females are thrilled at the male influx. A sonic-speed uneven-bars act includes four of them doing numerous backward sole circles at once. Some bars are so low acrobats must skim just above the floor — dangerous and difficult.

The buff boys respond with a teeterboard routine that is gravity-defying exuberance incarnate. Bodies bounce two-stories high off narrow boards and cascade through skateboard-style aerial twists, spins, and loops.

Back at the royal dating drama, the Moon Goddess — decked out in white tulle, beaded lace and 6,500 Swarovski crystals — embodies serene elegance in an aerial hoop routine. She floats over the scenery centerpiece: a shimmering opal-esque water bowl more than five feet tall and seven feet in diameter, set in a swirling metal stand and filled with 5,500 pounds of water.

Now blessed with the goddess’ gift of womanly wiles, Miranda joins her on the hoop and then dives into the bowl. She simultaneously enters the water and curves with no time for corrections — a leap-dive of faith. No wonder a contortionist is cast for the role. Miranda emerges from the water in her white bikini like Ursula Andress from Dr. No.

As if to say, “Look what a young woman’s body can do,” Miranda performs a more-than-sensual hand-balancing pretzel act poised on the water bowl rim. Spying from nearby, the aroused and impressed Romeo leaps in for some serious smooching. Meanwhile, Cali seethes.

The hormonal cat now out of the bag, Queen Prospera allows the lovers’ courtship to continue. But first a lesson from the Balance Goddess who painstakingly builds a huge floating hand-held mobile of curved sticks. The audience barely breathes during its exquisite construction.

The shift from high-energy intensity to jaw-dropped silence is so profound that Amaluna struggles to get its groove back. Visually trippy black and silver dancers merge as one to create an undulating thousand-arm goddess. Yet Miranda’s kidnapping to the underworld comes as anticlimactic.

The jealous Cali torments the distraught Romeo with a high-powered juggling act featuring provocative gyrations. Evidently, one can’t juggle and operate a hydraulic tail at once, so it gets casts aside. Women nearby “awww” disappointedly and so do I. The fabulous juggling act — including intricate contact juggling along the entire torso and head, and juggling using his feet and balls that descend from the sky — nearly sets fire to the show again.

In what may be the world’s tallest pole dance, Romeo breaks away and scampers three-stories up to freedom. He maneuvers up and down, pose by impressive pose, with astounding muscle strength. It finishes with a stunning face-first drop to within inches of the floor. Yet it’s so staid you have to wonder what Miranda sees in him compared to Cali’s thrilling id.

A clichéd but endearing clown interlude deflates the show’s struggling energy. Some fights and flame sticks ensue. In a classic banquine, acrobats bounce and fly through the air while flipping and twirling. The young lovers reunite with all the romantic passion of 10-year-olds. Amaluna residents stride about in fabulous costumes to one last round of Prospera’s endless vocal emoting as a cerulean blue gossamer fabric floats and undulates in the air.

Audience members applaud and depart, dazzled and satisfied by the event’s visuals and performer skills. Quite a few audience women (and probably a few men) go home primed for dreams of being the one to heal Cali’s broken heart and get that tail back on him again. 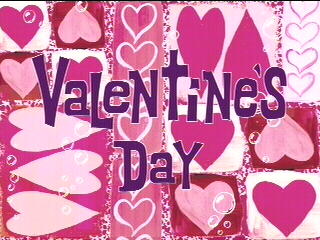