Brad Sherwood lives in the flow. A member of the vanguard that transformed comedic improvisation from its roots in theater games into stage performance, improv has been nearly his entire career. After more than a decade in various British and American incarnations of Whose Line Is It Anyway?, he moved on to Drew Carey’s Green Screen Show and Improv-A-Ganza. Even his game-show hosting gigs have been highly improvisational.

Sherwood will be appearing with his Whose Line improv pal, the Scottish imp Colin Mochrie, as the “Two Man Group” on March 3 at the AT&T Performing Arts Center‘s Winspear Opera House. Just like on the television shows, the duo takes words and phrases suggested by the audience and use them to create short sketches on the fly.

This particular duet has been on the road for a few years and the experience has allowed a format usually found in smaller venues to succeed in larger ones. They even continue the improv tradition of bringing audience volunteers/victims up on the stage to be part of the show. With two pros like this, the hit-or-miss nature of comedic improv is weighted heavily toward the hits and becomes not just a funny evening, but an inside look into the creative process.

Sherwood spoke with TheaterJones by phone recently, sharing his thoughts on what he’s learned from a life in comedy. We explored creativity, diversity in politics, and the reflection of human nature found in improvisational comedy, especially the way both performers and audience must relinquish control to create what he calls a “cerebral goofy adventure,” a fun-house mirror reflection of life on Earth.

TheaterJones: Where does the comedic flow of improvisational comedy come from?

Improv comedy is just a humorous version of what everybody does in their everyday lives. Everybody is improvising in every conversation they have, when they walk, when they drive. They’re constantly adapting to the information that’s constantly coming in… You develop your instincts and reflexes comedically from being a funny person and then the experience of doing that in front of an audience. In improve, you go down one avenue until it stops working and then you turn a corner and go another way. You are in a constant improvisational trial and error as you are doing an improv show. Just like life.

Do you think improvisation arises from somewhere deeper?

I don’t think improv comedy comes from someplace deeper. It’s an innate human reaction to life. It’s all about adaptation. Every creature, nature, plant, everything, out there has been adapting through evolution. Improvisation is the day-to-day intellectual adaptation to your outside environment, to questions that are asked of you, to information, to obstacles, to everything single thing you do. Everyone is always improvising. We are just doing that process on stage and adding the spice of comedy and jokes into it.

Are there regional differences to improv audiences?

Not really. What we do is observational and behavioral. So the suggestions might differ, but it’s still the interaction of two people stuck in a comedic situation. So if you’re doing a scene about a plumber, that really has nothing to do if you’re from the south of the north. It’s something that everyone can identify with.

So there is a universality that improv taps into?

To a certain degree, because it’s more about human nature than regionalisms. We tend not to be too political or terribly topical either. We want more goofy, real life, situational things as opposed to pop culture or political references.

What insights has improv given you into human nature? Are you optimistic, pessimistic?

I’m more optimistic. But like all people in comedy there’s a certain kind of cynical pessimistic neuroses that runs through your thought as well because you have to look at the world through a certain critical, sarcastic point view to be a comic. If you saw everything as hearts and roses and sunshine, you wouldn’t be seeing things in a very funny way.

Does much of comedy have to do with seeing things honestly?

I don’t know so much so about honesty as it is twisting the reality and expanding it in those places that are goofy and ridiculous to make it even more goofy and ridiculous. But you do have to examine people almost like a zoologist. You have to stare at the species like they’re monkeys to see those behavioral clicks and quirks in a slightly detached way and I don’t think you can do that without being a little but cynical.

If you were to tell your future child “This is the best wisdom about humans I got from job as a comedian,“ what would you say?

The same advice that I need to tell myself and that’s to look at life and not take it so seriously. Comedians can be this immense paradox of seeing the world as intensely amusing, but taking it too seriously. If you can learn to laugh more, that’s a good thing and something I need to do as well. And be tolerant of all the different aspect of life whether they appeal to you or not, to be open to all the new experiences that it is going to afford you. That’s the nature of the thought process when you are doing improv—you have to be open to a hundred ideas. You can’t expect the other performer to say exactly what you want. You literally release all control over where a scene is going the minute you’re done speaking and now it’s completely up to them and they can take it in an infinite number of directions. And that’s life.

What insight has it given you into society?

We live in an age now where people are so much more sensitive and knee-jerk to comedy and really just about anything. Everyone is so polarized. Clinton was the last president you were allowed to make fun of. In the Bush era, people who didn’t agree with your viewpoint would boo and hiss. Back when Nixon was president, nobody booed. If it was funny, you laughed whether you agreed with his politics or not. Democrats laughed when you made Clinton jokes. It wasn’t a threat to their entire ideology if you mocked the person they voted for. Now people’s political and religious viewpoints are so engrained and tied into almost their whole identity that they feel completely threatened and attacked if you even make a joke about it. We as a country have really lost our sense of humor… I think once everybody gets out of the way of their agenda, of having the entire world their way, things will improve. There are always going to be hundreds of religions and hundreds of languages and just as many ways of applying your thoughts and beliefs to politics. It’s so unrealistic to think it can all be your way.

The madness of Miniature Curiosa — Out of the Loop Fringe Festival 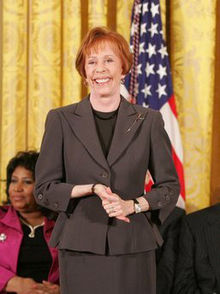