Dallas — Office workers deepen their relationships throughout a workday as they wile away the boredom by using juggling, floor

acrobatics, and general clowning. Such is the slender plot upon which Almost 5 – An Office Life (Circus) Story hangs. The 90-minute theatrical mélange of circus arts and music at the Bath House Cultural Center through January 31.

Created and presented by Circus Freaks, known for their wildly creative weekly Open Stage weekly event, Almost 5 was written by head Freak Russ Sharek. Or can you say that something is written when it is nearly wordless?

With a little bit of pantomime and a lot of tossing things around, Circus Freaks gets across the plot of a shy and awkward administrative worker being romanced by a sweet mailroom clerk. It unfurls in between bouts of interaction with two managers, one stern and the other goofy. Bright keyboard music by Emmeline sets the cirque mood.

Almost 5 rests on Sharek’s clowning, which has deepened over time, with a little bit of pathos here and a touch of melancholy there, topped with a shrugged acceptance of human lunacy. In his role as office janitor, dressed in an oversized grey jumpsuit and huge black clown shoes, he literally sweeps the show along.

The show begins with audience interaction. A shoe was tossed my direction as I entered the theater; I then returned it to the person from whose foot it had been lifted. Then we were all offered a chance to play bongos before the cast arrived for work by climbing over the audience rows and into an office set of industrial gray dominated by a huge clock.

I would have liked to see much more juggling from Alan Blakely as the mail clerk, who resonates vaudeville snazziness. The same with Rachel Hullett, all willowy with red hair and porcelain skin, who had but a short Hula hoop bit.

Besides Sharek’s contact juggling of six small glass spheres, the centerpiece is an argument between Courtney Vance’s stern boss and Scott Renkes as the overworked and over-caffeinated programmer. It played out via cirque-style floor acrobatics with impressive shows of strength.

But the ending just sort of peters out, though a clever surprise was tucked in it. Marie Martin’s billowing flag work, perhaps meant to evoke the liberation of the office workers, didn’t gel. Performers depart at the end of shift with a whimper, leaving the audience confused.

The Dallas theatrical scene embraces a growing love of solo performance and fringe. But it lags in exploring truly alternative ways of presenting narrative (though Jeff Swearingen’s upcoming tap-dance drama Ringmaster Disaster for Rhythmic Souls could be an exception). This makes Almost 5 a significant foray.

After the show, the lobby was exceedingly animated with Circus Freaks and their exuberant fans posing for photos. Outside from the parking lot, the Crescent Moon hung like a Cheshire Cat smile over the Bath House—a fitting end to a fine and fun evening.

Steve Martin and the Steep Canyon Rangers with guest Edie Brickell: What They Are 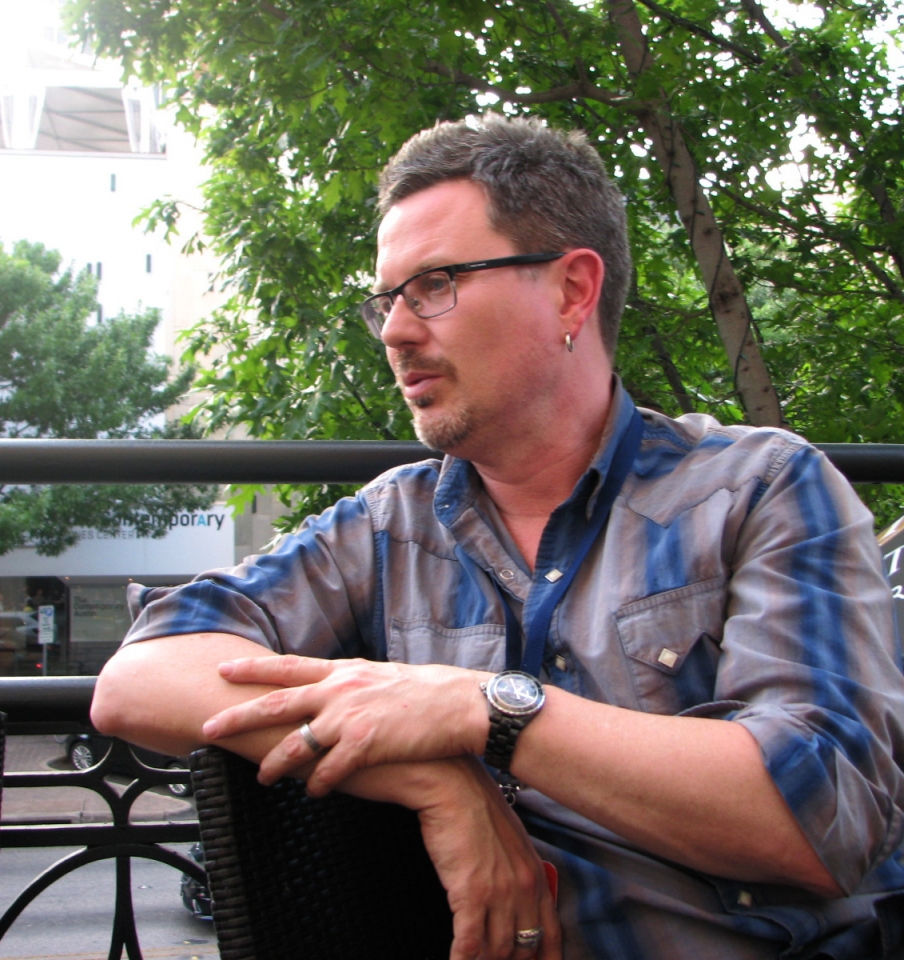