“Love is at the core of what it means to be human. Whether you feel loved or you don’t means everything. I feel like, at this point in my life, I have a lot of painfully honest things to say on the subject. Usually, the more honest and painful, the funnier it is.” ~ Matt Lyle

Dallas — Are suicidal lovers funny? Or a lisping, braces-wearing girl desperate for a romantic kiss at camp? How about three reprobate Southern siblings who love the world’s most dysfunctional mother? Or the love of a gay son who mourns the parents that never truly knew him and now never will?

In the tenderly twisted mind of playwright Matt Lyle the answer is yes. A Brief, Endless Love, the latest exploration of emotion from the creator of The Boxer and Barbeque Apocalypse, runs at the Dallas Comedy House in Deep Ellum on Friday and Saturday nights through June 24.

Lyle populates the cast with two founding members from his Bootstraps Comedy Theater—the splendid Kim Lyle and Jeremy Whiteker with their ace timing and layered facial expressions—plus madman-actor about town Jeff Swearingen, featured in three of Lyle’s dramas. Rounding it out is the impossible-to-not-watch Steph Garrett, Dallas’ version of Amy Poehler with her maniacal commitment and genuine love of weird characters. The quartet embodies how experienced actors can authentically inhabit their characters and bring deep humanity to comedy.

A sketch show can get by on momentum. Don’t like what’s on stage? Hang on for a minute and it’ll be different. The first half of Brief Endless hews to the classic Second City formula of quick skits linking longer sketches, threaded with music and blackout bits. Jolly, brisk, and entirely satisfying. Though the show’s musical segues are sometimes jarring, perhaps intentionally.

Brief Endless kicks off with a funny musical gag that riffs on the lovelorn, but alludes to the instant indignation of our polarized times. “This Seat is Saved (I’m Not Alone)” by actor/musician Jim Keunzer and performed by Garrett, tells a young woman’s unfolding honesty about her love life and expectations.

While known for the compassion he feels for his characters, Lyle’s wicked heart emerges in a sketch of new parents utterly unsuited for the job. A concentrated bit from Lyle’s Hello Human Female presents the online seduction of naïve middle-age virgin Tamela (Garrett), who speaks in emoticons, by the evil scientist Dr. Gorn (Swearingen), who starts to get into the smileyface hashtag boyfriend thing. Silly yet poignant, it lays out the blinders and desires of love and world domination.

There is broad comedy. A surgical team attempts the healing power of stand-up, channeling a Catskills rim-shot comic and Gilbert Gottfried when an operation goes south—a skit that made Dallas Comedy House regulars howl with glee. And there

is nuanced comedy. A gender-confused Thomas Jefferson (Whiteker) penning the Declaration of Independence is reined in from making the text too precise by a sympathetic but sensible John Hancock (hilariously played by Swearingen) who has his own sexual secret.

The second half of Brief Endless pitches toward longer sketches and a more theatrical bent. But first it launches with an SNL-worthy piece on three howlingly funny Southern siblings relating a debauched tale of their dear sainted mother. Garrett is spectacular as the stupidly insane and happy daughter Dot, whose every offhand, conversational reveal tugs us deeper into her rabbit-hole. Huge hit with the audience who could easily watch a whole show of that. It’s one of the sketches showcasing Lyle’s love of the classic comedy trio format, enabled by the perfectly tuned verbal slapstick of Garrett, Whiteker, and Kim Lyle.

A sketch of a smarmy preacher’s ham-handed attempts to lure a young couple into a three-way was so-so. Kim Lyle put in a standout funny turn as a teen desperate for summer camp romance. Whiteker riotously overplays all her potential suitors, letting us in on the joke by loudly executing his flurry of costume changes.

Then the pathos kicks in. Four disparate siblings recall their parents’ wild life and macabre death with clever callbacks to prior skits. They casually reveal their true selves to much surprise, showing the distance that plagues many modern American families, with Whiteker carrying an emotional load of lost opportunities. Though it is a classic comedy sketch—lots of funeral pieces in the SNL and Second City repertoire—it belongs in the theater realm.

Brief Endless ends on a reprise of a Fun House Theatre and Film piece about two lonely souls perched on a suicide ledge on a New Year’s Eve night. Though not written for Swearingen, the character’s perilous and vacillating clueless confusion is perfect for him. Kennedy Waterman was superb originating the female role, but Garrett’s performance just yanks the heart right out of you.

Is Brief Endless a boundary-breaking merger of theater and club comedy worlds? Or is it just a particularly superb sketch comedy show? “If this collaboration goes well (so far so good),” says Matt Lyle, “there should be more in the future between the theater world and Dallas Comedy House. It could be a long-term outlet for some of the most talented people in town.”

That is very welcome news indeed. 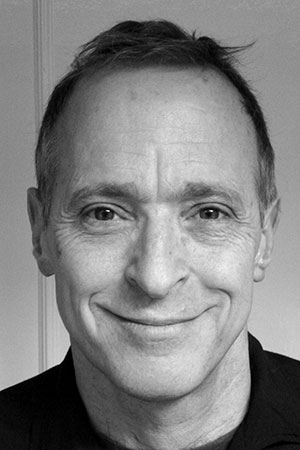