Comedians are the ninjas of performing arts, using stealth, speed and surprise to complete their mission of killing the audience. I have loved these folks since I was six years old and snuck into my parents’ room late to watch Johnny Carson. I understood little, but totally grooved on the jazz patter of the words, the thrust and parry with the audience, and, of course, the laughter.

Here’s a look at 2012 highlights and lowlights in DFW comedy, my first year on the comedy beat since the Dallas Times Herald in the late ’80s. Good to be back.

Most Overlooked Entertainment Trend: Three comedy festivals. Let me repeat that: THREE comedy festivals. In DFW. YES! Big Sexy Weekend of Improv: totally improv obsessed. Introduced me to Zarzamora, a historical comedy group that demonstrates the best use of a liberal arts degree ever. Frisco Comedy Festival: scrappy first-timer with an admirable emphasis on children’s improv. Dallas Comedy Festival: Still knocking it out of the park with great variety of improv groups (great on regional, but need more locals to come out and play), solid stand up selection, and righteous national acts and workshops. I still think about the Frankenmatt show. So now that we’ve established that DFW supports eclectic comedy festivals, can someone please throw these folks a budget and let it grow into something like Moontower in Austin? Talking to you, Mark Cuban.

Best Place to Get a Comic Break : Backdoor Comedy Club doesn’t do stand up classes, doesn’t do festivals, doesn’t hawk drink specials, doesn’t do all the things that comedy clubs are supposed to do. Yet they succeed, selling out shows night after night. In the process, Backdoor produces legions of talented young comics while allowing DFW-based national ones to continually hone their acts.

Fertile Madness Award: Dallas Comedy House churns out stand-up and improv shows Tuesday through Saturday, keeping it lively (and showing impressive marketing skills) with a continuing roll out of special themes and topical focuses. Not many clubs would put on a barbeque on their front curb to liven up hot summer nights. Plus they’re responsible for the admirable Dallas Comedy Festival each spring. Surrounded by three restaurants and a large cheap parking lot on a solid and safe block of Commerce in Deep Ellum, they are the ultimate easy night out.

Most Effective Use of Comedy to Stir Uptight Rich People: The Second City Does Dallas used the JFK assassination to satirize the uber-opportunistic marketing for which the city’s PR firms are known. This did not make the spin doctors of Dallas very happy. Nor did the playful tweaking of the vanity act of naming a major park for a pre-teen rich kid. But neither sketch was cut, much to the great credit of the Dallas Theater Center and The Second City.

The Really? Award: Comedic variety acts. All DFW can support is the Lollie Bombs and monthly comedy and magic shows at The Improv in Addison. Really? Circus Freaks has its funny moments, but where are Montreal Comedy Festival street-style comic acts? With the increasing trend of pedestrian parks, and an abundance of both comedy schools and gymnastic studios, there should at least be a few.

Fastest-Rising Franchise: No place to perform the way you want to? Make one! That’s the tactic of Four Funny Females, which now enjoys several sell-out shows a year in medium-sized entertainment halls. Women who won’t go to clubs, no matter how nice they are, flock to these shows, taking their men friends with them.

Buck Up and Carry On Award: Even though lead manic Jim Kuenzer may have taken a break, FTP Comedy soldiered on, turning in an excellently scripted End of the World show at Festival of Independent Theatres. But the comics were being too coy about whether it was the end of the FTP world as well. And not a word on their Facebook page since October. Stop it. We want more of you in 2013. Get your butts into the Dallas Comedy Festival and other non-theater venues—more need to see your high-bar style.

Huzzah and So Long: Four Out of Five Doctors, Dallas’ improv and sketch group with roots back to ’70s Random Scam via Mark Fickert, ended their 25-year run in December after lead Doc Mark Walters got a job in Oklahoma. Which was rather control-freaky since the other players could have easily carried on. . . Alternative Comedy Theater said goodbye in October to the Dyer Street Bar, which closed as voracious SMU prep culture consumes the upper Greenville area near Mockingbird.

Brian “Beavis” Graef of Motley Players III died suddenly in December, rocking the Renaissance improv world in North Texas. A larger than life guy, it took two memorials to fete him. Makes their motto—The sound of tragic comedy—terrible and ironic. . . One of the original Texas Outlaws, Ron Shock, died from cancer in May. Bill Hicks, Sam Kinison, now Shock—someone better get busy with that Outlaw reunion before any more kick the bucket. Talking to you, Jim White.

Best Old Timer Who Refuses to Retire: So what if Don Rickles and Bob Newhart are doing comedy shows for the AARP. Bill Cosby’s vocabulary doesn’t even include the word “retired.” After a staggering 90-minute set in the June at Winspear, he returned to Dallas for another show in the fall.

Least Liked Roadshow Format Trend for Comics: Never been fond of comics whose “act” consists of jacking with the audience. But it’ll do for a $10 to $20 comedy club show. However, drag me to a stiff theater for a $40 show, you’d better deliver. Jeff Garlin at the Eisemann in October was almost funny enough to be worth the dough. Almost. At Bass Hall in April, Carol Burnett, on the other hand, is senior enough to let slide the lack of an act, but she had a plentitude of stories and really great video clips to weigh down the fluff chatter.

Best Talk That Turned Into a Stand Up Show: The Maverick Speaker Series at University of Texas at Arlington brought in Seth Meyers of Saturday Night Live to do a lecture. Instead he delivered a full-on excellent stand-up show that was current, edgy and polished with nary a crib note in site.

Lamest Excuse for a Show #2: Dear Paula Poundstone. We love you and want to see more of you. Get an act.

Best Personality You Didn‘t Expect Much From: Alan Zweibel, a mainstay writer of Saturday Night Live’s founding years, stole the show from humorist Dave Barry, who phoned in the same routine he’s done for years. In a book-signing appearance for Arts & Letters Live, Zweibel spun tales full of guffaws while lending insight into such comedy classics as John Belushi’s Samurai Delicatessen. While he may have totally sucked as a comic decades ago, he sure is a funny fellow now. 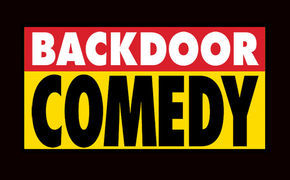