Jim Gaffigan is the Tom Hanks of stand-up comedy. A large pale fellow who is beloved by all, non offensive yet sharp, quiet yet clever, and at the absolute peak of his profession. Gaffigan is one of the five top comedians in terms of ticket sales in the country; his two shows this Friday at the Majestic Theater sold out quickly. He’s appeared on Late Show with David Letterman and Conan O’Brien’s Late Night more times than anyone can count, and his Pale Force series of animated short with O’Brien were a big hit. Gaffigan’s CDs and DVDs achieved platinum sales ranking.

In the past couple of years, Gaffigan has branched out from stand-up. His book, Dad is Fat, about living with his wife, Jeannie Noth Gaffigan, and five children under the age of eight in a small New York apartment, will be released in May, and a CBS television pilot, Gaffigan, on the same topic, is in production. He’s appeared on all the hip televisions comedies including The Daily Show with Jon Stewart, Flight of the Conchords, and Portlandia, as well as a number of dramas such as Law & Order, and has appeared in movies including Mike Myers’ The Love Guru and Sam Mendes’ Away We Go. Gaffigan even performed on Broadway in That Championship Season, with theater luminaries like Brian Cox.

Gaffigan took time from his White Bread Tour to speak with TheaterJones.

TheaterJones: Greetings Pale one. I am also a pink person with vampire skin.

Jim Gaffigan: Oh, you are a pale one.

You are touring with your entire family on a bus. If anything would teach you how to live in a bus with a wife and five kids, I guess living in NYC in a two-bedroom apartment would.

The bus is roughly the same size as our apartment. I wish that were a joke. But really, it’s just great. I really do hate being away from my kids. It’s a luxury that I can do the bus. But it’s also a necessity. I’ve got five kids, I’ve got to get out there and earn the money.

I imagine you must not have much of a sense of smell, with children‘s tendency to leak bodily fluids.

My wife is wonder woman, so she is all over that kind of stuff. We’ve got two in diapers and one in a pull-up right now, so nighttime is always an adventure in changing diapers.

What‘s your idea of a perfect family excursion in New York City?

My kids are so young. We’ve done great stuff. We’ve taken them to Annie and the Rockettes show. But really, just going to a park and running around with them is the best. In New York too often we’re trying to scrape by and get things done. When we go on the bus tour we always do different things that keep the kids interested, unique regional cultural things. Like when we’re in Texas we’re going to go horseback riding. We’re going to go fishing in Little Rock.

[Break here for long discussion about shrines to Our Lady of Guadalupe in Texas and Oklahoma. The Gaffigans are Catholic.]

How did you get from Midwest to New York City? Did you go through Chicago first?

No, I grew up watching The Odd Couple. I loved the East Coast when I visited there, the tons of different types of people and the energy. I grew up in a small town in Indiana, so I was very excited to get to a city. New York had an allure to me. It was so big and frenetic and I just responded to that.

Are there foods from the Midwest that you miss?

I grew up outside of Chicago, and I love Chicago deep-dish pizza, loved Chicago Italian beef, too, but now you can get that stuff mailed to you. I’m a foodie and I can get any type of food I want in New York. I love that when I travel I get to go to all these amazing food places. The whole culinary thing in Texas I’m excited about. Tex-Mex is one of my favorite things on the planet.

About this Portlandia gig, was the stew thing your idea since you‘re such a foodie?

No, that was totally Fred [Armisen] and Carrie [Brownstein]. There are some acting gigs where it comes down to being paid to play. That was just one of those experiences. The whole Portlandia vibe is just amazing. On the set it’s a very creative environment, a compliment to Carrie and Fred who’ve created a comfortable, wonderful experience. Sometimes you can do improv and it’s kind of competitive and weird, but not with those guys.
You were the seventh episode on Marc Maron‘s podcast WTF. Do y‘all go way back?

I’ve known Mark a long time. It’s great, his success. I couldn’t be happier for him. I started in New York City doing stand-up and he was already a really successful great comedian.

What have you learned from this life in comedy that you want to pass on to your kids?

What a great question. I think I got very lucky. I am doing what I enjoy doing. There’s a good chance that I could have not done that. I’m very grateful. I try to communicate to my children that if you’re passionate at something you’re probably going to be very good at it. Stand-up doesn’t feel like a job to me, it’s really a fun job. There’s no better experience that coming up with a new joke and trying it on stage and it working. It’s a real special moment. Sometimes you’re on stage and you’re just improvising and stuff comes out of nowhere, fills your brains with an idea and it comes out. There’s something really amazing about stand up comedy, but also about finding a passion.

You‘ve done live shows, television, film and theater? Thought about branching out into playing an instrument, dancing or singing? You could do it all. That‘s very New York.

Well, I feel as though I’m the only comedian who didn’t secretly want to be a musician. But I really do love acting, such a pursuit of insanity. In stand-up you really do get to execute your creative outlet, where as in acting you are looking for these moments when you can execute it.  I have a lot of respect for actors because I think it takes incredible patience. The process of auditioning is so profoundly humiliating. I don’t know how we do it.

Best wishes on your tour from the land of Tex-Mex and the Our Lady of Guadalupe.

I’ve enjoyed talking with you. 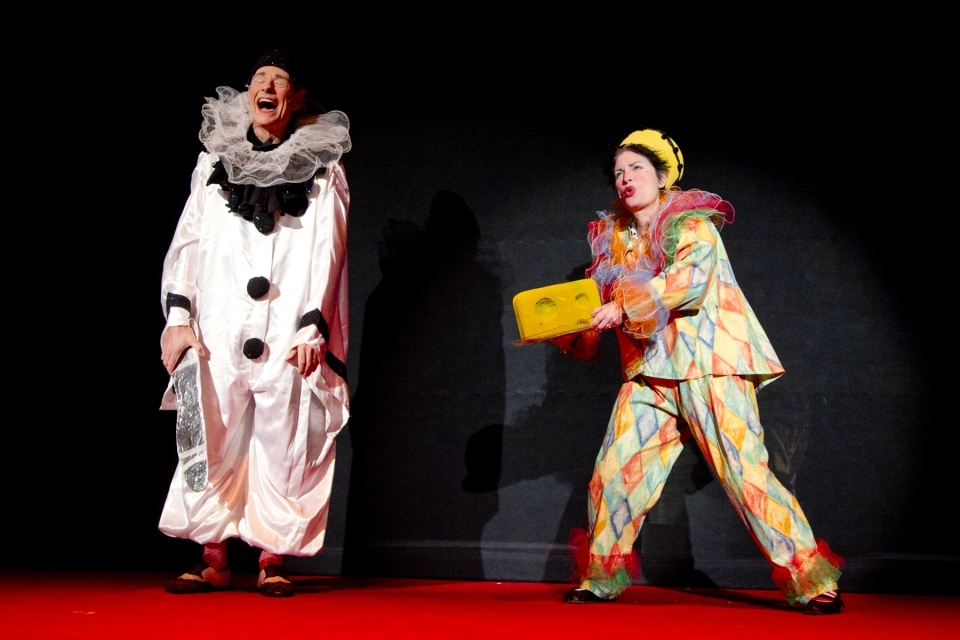