Comedy duos tend to evoke the straight man/funny man format, from Laurel and Hardy to the Smothers Brothers to Cheech & Chong. All chemistry and repartee.

Then there are duos whose humor arises from creating characters and landscapes for them to live in, like Elaine May and Mike Nichols or Bob and Ray.

FrankenMatt, who are headlining at the Dallas Comedy Festival this weekend, fall into the latter category. It’s super-condensed theater spun by the duo of Frank Caeti and Matt Craig. Their mastery of quick characterization was honed by many years with The Second City, at various and also the touring ensemble. The duo has additional credits from Saturday Night Live, MADtv and The Office, plus iO West and Upright Citizens Brigade.

“What we do in our improv and sketch is create worlds really fast,” says Matt Craig, the tall one. “In order to do that you have to create a reality that the audience can play along with. We both came from Second City in Chicago and there’s still a very theatrical twist to the way they approach comedy.”

FrankenMatt is presenting their latest show, American Imperil, currently running at The Second City Hollywood, on Saturday at 10 p.m. show at the Dallas Comedy Festival. “Being a political season, we made a goal to put something together to reflect that,” says Craig. Less whimsical than prior shows, it promises to have a lot of satirical bite. But cautions Caeti, the short one: “our shows always start with the story of a friendship.”

“Part of our intention with Frankenmatt is to have the energy and pacing of a large ensemble,” says Craig.

Their hour-long sketch shows unfurl at a blistering pace, propelled by a soundtrack and musical interludes. Their complicated tales move along with quick cuts that splice skits and bits with songs and attempts at dancing, even faux fighting and chase scenes.

But don’t expect costume changes or props, says Caeti: “Something we learned at Second City is that the performance has to do the talking.”

Continues Craig: “I love that in a sketch show I get to play a Southern senator back to back with an African-American woman—back to back with a plant. It’s fun and the audience plays along with you, but only to the degree with which you sell them on the idea in the first place.”

Caeti and Craig will be teaching their craft with workshops in acting, sketch comedy writing and scenic improvisation on Friday, Saturday and Sunday. FrankenMatt will also do a set of improvisational comedy in the festival’s Sunday evening best-of-show finale.

Jake Johannsen: Laughter on the Brain 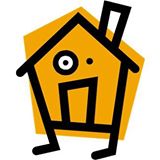