Science abounds with popularizers, the astro seers Neil deGrasse Tyson and Brian Cox, the physics spinners Brian Greene and Michio Kaku. They educate and inspire, transform the infinitely complex into comprehensible parcels of facts. They dazzle like quantum of light.

Alan Lightman is unique among them. A respected physicist with several advancements in astrophysical theories under his belt, his writing explores the texture and negative space around the facts of science and uncovers their resonance with humanity. He ponders questions for which there are no answers and posits scenarios for questions no one has yet asked.

And he does it all through theater, poetry and literature.

Informed surrealism is Lightman’s game, spinning into literary existence fantastic worlds with impeccable internal logic to explore the nature of time (Einstein‘s Dreams) and the boredom of omniscience (Mr g), the latter featuring a somewhat capricious god who creates universes partly for amusement and partly to cope with his peculiar extended family.

In essays Lightman waxes eloquent yet concise with fluid, penetrating prose, delving into unanswerable questions (A Sense of the Mysterious), metaphysical experiences (Ghost), and the intersections of science and human life (Time Travel and Papa Joe‘s Pipe, A Modern Day Yankee in a Connecticut Court). His epic poem, Song of Two Worlds, is an exploration of loss and faith. He wrote about the intersection of science and religion in the October 2011 Salon.com essay “Does God Exist?”

Eight years ago, Lightman co-founded the Catalyst Collaborative at Massachusetts Institute of Technology (CC@MIT), connecting the Underground Railway Theater of Boston with a wide array of MIT talent. CC@MIT is crafting a new kind of theater that animates the culture and achievements of science, while also exploring the human condition through the lens of science and technology. Interactions with CC@MIT were instrumental in the creation of his latest novel, Mr g and its upcoming theatrical interpretation by CC@MIT.

Lightman will be in downtown Dallas in support of Mr g as part of the Dallas Museum of Art’s Arts & Letters Live Artful Musings series. The New York Times Book Review called Mr g “A soulful riff on the birth and eventual demise of our universe… Lightman the humanist allows room for the compatibility of rationality with spirituality and mystery, while Lightman the scientist plays devil’s advocate with the partisans of Genesis, blinding them with logic.” His presentation on Mr g  and its themes is Sunday at 7:30 p.m. at First Presbyterian Church of Dallas.

Lightman spoke by email about his literary career and forays into theater:

TheaterJones: Let‘s start with your literary writing career. In the midst of churning out science books, in the mid ‘80s you popped out two books of essays. What prompted that literary excursion?

Lightman: Since childhood, I have been interested in creative writing, and I wrote poems and stories in my teens. So the essays that I began writing in the early 1980s were not a new direction for me but a rekindling of a passion that had been temporarily put on ice.

I am currently reading Dance for Two, which features essay selections from Time Travel and Papa Joe‘s Pipe and A Modern Day Yankee in a Connecticut Court. I love that you call some of them fables. (Certainly more La Fontaine than Aesop!) With their shortness and direct approach, are fables a form that is well suited for our sound-bite times?

I loathe the sound-bite and fast-food aspect of our modern life. The brevity and directness of some of my essays and stories is simply my personal writing style.

More than 10 years would pass before another foray into fiction with Einstein‘s Dreams, which seemed to set off an intense period of literary creativity. What was happening in your life that led you to take up that direction again?

What was happening is that I was beginning to put more emphasis on the artistic side of my double passion for science and art. When I was active as a scientist, I was a theoretical physicist, and theoretical physicists famously do their best work at a young age. So, it was a natural development that I began to put more time and attention into my creative writing when my powers as a scientist began to decline. I have been lucky in my life to have had these two intense interests, which each have their own season in a person’s creative life.

You‘ve written that books and essays brew in your mind for years. How do you manage that process? Do you keep notebooks, Word files, outlines?

Like many writers, I keep a journal of all of my ideas (good and bad), ruminations, and observations. Ideas that keep recurring year after year are candidates for books and essays, because I realize that they must have a deep resonance with my core identity.

How pivotal to your writing process are times when the brain is between conscious states, such as a meditative moment in nature or deep contemplation?

I think these moments, even though sometimes unconscious, are extremely important to the creative process. The world is moving too fast today, and all of us need to find ways of slowing down and giving ourselves permission to dream and ruminate.

I wonder if you, a time-obsessed person, find creatively productive the betwixt time just before you fall asleep, when you‘re preparing to enter a timeless state of unconsciousness?

I am not a good sleeper, and at that time my mind is usually too full of trivial thoughts. I find that odd times of the day, when I am taking a walk, going for a swim, eating meals alone, are best for creative ideas. I am not sure about the time before I fall asleep.

Your descriptions of your CC@MIT monthly meetings of scientists, actors and playwrights sounds like more of a fine support group than a creative jam session. How much are those gatherings therapy for you?

These sessions have been wonderful for my creative imagination, so, to the extent that is therapy, yes. Writers lead lonely lives, because they work in solitude, so it is always good for a writer to mingle with other people and especially other creative people.

How long did Mr g gestate before making it tangible?

It is always difficult to know how long something has been gestating in the mind. I am pretty sure that I was thinking about the concept and artistic staging of Mr g for at least three years before I began writing the book.

Did you bring the basic idea for Mr g to CC@MIT, or did Mr g, his sidekicks and nemesis arise from the interactions?

I mentioned the idea of Mr g to people at CC@MIT. Several of those people subsequently read the book… An artistic team composed of the playwright Welsey Savick and the actress and company director Debra Wise are now working on a play based on Mr g. Einstein‘s Dreams has been the basis for over 30 independent theatrical productions around the world.

Can you share a bit of the process at a typical Mr g session with CC@MIT please? Are theater improv exercises used?

There are two pieces of CC@MIT. One is a monthly meeting of scientists and playwrights and other artists at MIT, to discuss various topics related to science and the arts. The second piece is a subset of the first group who meet separately and commission new plays that involve science. In the first piece, we generally do not have an agenda ahead of time. We go around the table, with each person offering some interesting thing they have seen or done since the last meeting, and eventually we hit on a theme that excites all of us and provides the topic of conversation for the next hour or two. I have had a meeting with two members of CC@MIT, playwright Wesley Savick and actress and company director Debra Wise specifically about turning Mr g into a play. In that meeting, we went through the novel and discussed which portions could be dramatized, what the set would look like, which characters from the novel would appear in the play. We will, of course, have many more meetings in the future, especially after the first draft of the script is written.

Are there particular concepts that CC@MIT plans to tackle in the future?

CC@MIT is always looking for new plays about science and new ideas for such plays. We are particularly interested in exploring issues of current national interest, such as the environment, and we are also particularly interested in featuring the role of women in science. Above all, however, a successful play that involves science must be a work of art first, with the content coming second. The fastest way to kill a play or novel or film about science is for it to feel didactic. The arts are not good vehicles for teaching science, but they are excellent vehicles for conveying the ethos of science, the culture of science, and the inner world of scientists.

How integral are the CC@MIT pre-show symposia and post-show conversations to the ongoing creative process?

It is hard to say anything definite about the creative process, but the pre-show symposia and post-show conversations do a wonderful job of extending the reach of the play, bringing in additional intellectual and emotional dimensions.

I see that you have been a participant in the World Science Festival. Have you anything planned for this year or next from Mr g or other writings?

Nothing is planned yet for summer or 2013, but if they ask me to participate, I would be happy to do so.

I wanted to congratulate you on your good deeds of the Harpswell Foundation. I understand it takes quite a bit of your time now. Are you an administrator or more of a visionary in that group?

Both. It’s a nonprofit and we don’t have a large budget for administrative staff, so I actually do everything in the U.S. That includes fundraising and going over the reports every month, acknowledging donors, addressing and stuffing envelopes. There is no task beneath me. I spend about half my time on the project. Our mission is to empower young women in Cambodia.

Confess. Is one reason you like Harpswell is that trips over there give you a chance to catch up on your reading?

Are you an e-reader?

No, I’m still using the old-fashioned hard copy. I like to be able to smell the paper.

Can one assume that with so much to think about that you are never bored?

That is certainly true. In fact, I wish there were more hours in the day because I can never attend to all the projects I have in my mind. 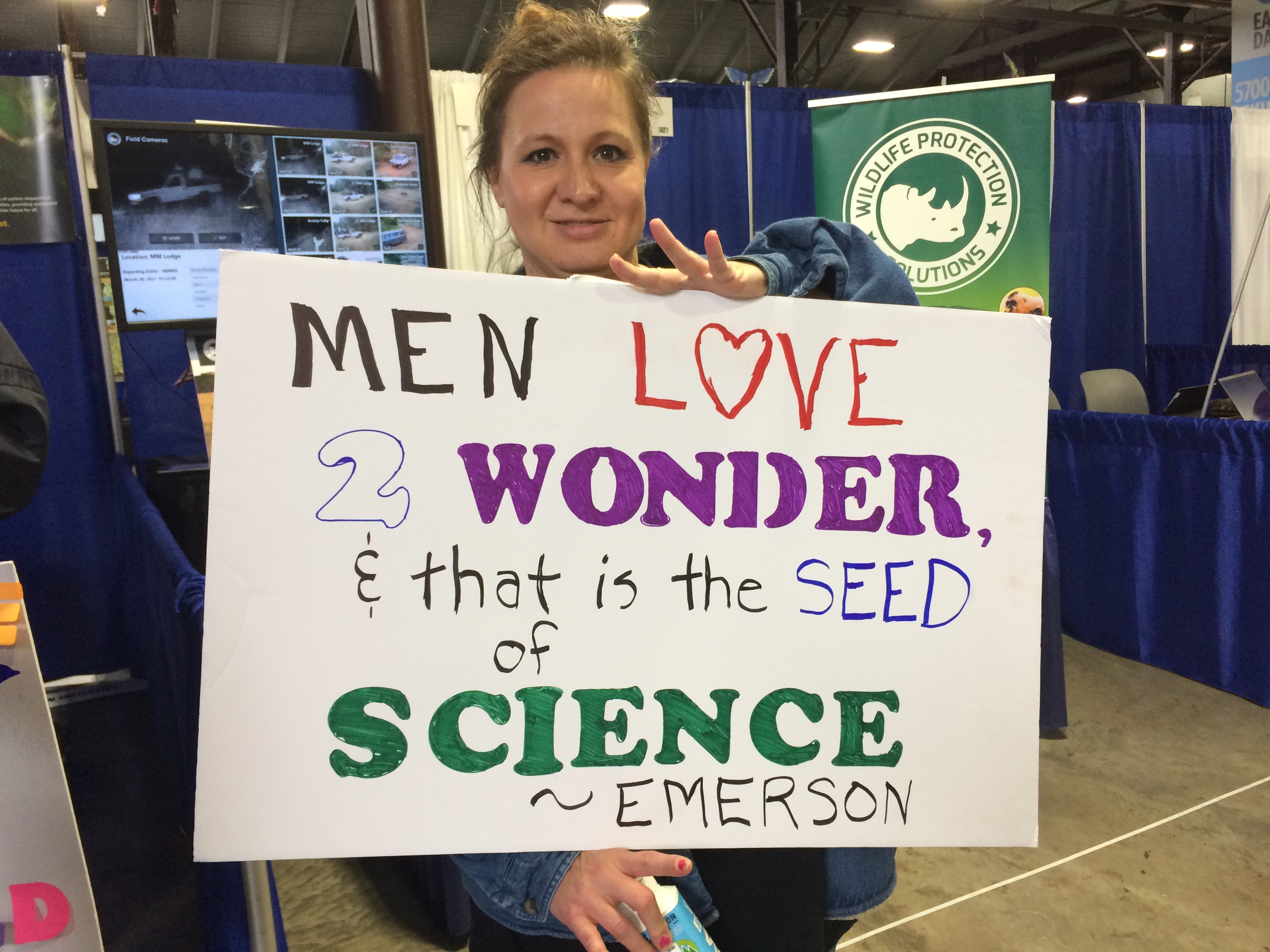